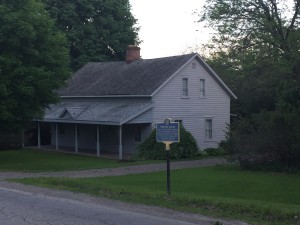 Occupied by other settlers and then vacant and neglected for years, this weather-beaten structure was carefully restored in 1936 by Dr. Arthur Limouze, who presented it to the Board of National Missions of the Presbyterian Church in 1941.

In 1998, Narcissa Prentiss was recognized by the Governor’s Commission honoring the achievements of New York women.

In addition to being Narcissa Prentiss’ birthplace, the house contains artifacts, quilts, antique clothing, and a room dedicated to the Pratt family, founders of Prattsburgh.