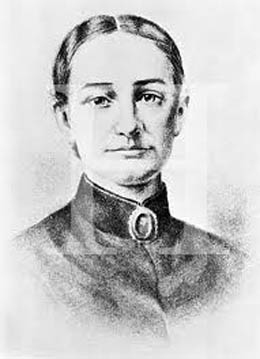 Narcissa Prentiss Whitman was born in Prattsburgh, NY in 1808 and, according to historian and biographer Clifford M. Drury, is one of the “best-known and most loved characters in the history of the Pacific Northwest.” Her parents, Stephen and Clarissa Ward Whitman settled in Prattsburgh about 1805 and Stephen built a small frame house for his growing family. Occupied by other settlers and then vacant and neglected for years, the Narcissa Prentiss House was carefully reclaimed in 1936 by Dr. Arthur Limouze, who presented it to the Board of National Missions of the Presbyterian Church in 1941. In 1979, the Committee to Preserve the Narcissa Prentiss House was incorporated as a non-profit organization, under the University of the State of New York, and took over the administration of the house.

Narcissa’s family stressed the importance of faith and education and she became a member of the Prattsburgh Presbyterian Church in 1819. Her lovely singing voice was often remarked upon by people who attended church services or revivals in Prattsburgh. After a summer revival in 1824 she decided that she wanted to be a missionary.

Having attended two sessions at the Franklin Academy and Collegiate Institute in Prattsburgh after it opened its doors to women, Narcissa is also said to have attended Emma Willard’s Female Seminary in Troy, NY, although no records from that period are available.

She taught school in Prattsburgh and kindergarten in Bath, NY. The late Mrs. William B. Pratt, (Mrs. Pratt’s maiden name was Brother and she was of a Bath family) used to tell about attending this school in the summer of 1831 when she was three and a half years old.  “The lovely young teacher in the pedagogical method of that early day used cards with letters on them in teaching the alphabet.  She kept a cradle in the school room in case any child got sleepy or seemed not well.”

In 1835, after having moved with her family to Amity, NY (now Belmont), she heard Samuel Parker speak about the need for missionaries in the West and she inquired whether unmarried females could go. The American Board of Missions rejected her request, but Samuel Parker told Dr. Marcus Whitman about Narcissa and her dream and in February of 1835 Marcus and Narcissa became engaged with the intention of being married and going West. In February of 1836 they were married in Angelica, NY and the next day they began their trip.

During the 3,000 mile trip to the Oregon Country, Narcissa would become one of the first two non-Indian women to cross the Rockies at a time when it was believed to be unimaginable for a woman to do so, thus opening the far west for settlement by women and children.

Monuments to their achievements can be found across the country from Ithaca, NY to Portland, OR.

Ending their journey in a wild and foreign land claimed jointly by the United States and Great Britain, the Whitmans established a mission among the Cayuse Indians. With Marcus as doctor and Narcissa as school teacher, they tended the physical and spiritual needs of Indians and weary travelers as well. In the early 1840s, the large influx of American families made the Indians uneasy and an epidemic of measles in 1847 in which many Indian children died led to a massacre at the mission in which 13 people, including Marcus and Narcissa, died.

The Whitman mission itself may be gone but their deeds will never be forgotten thanks to the Whitman Mission National Historic Site in Walla Walla, WA and the Narcissa Prentiss House here in Prattsburgh, NY.

Please explore our website and the Whitman Mission National Historic Site website to learn more about Narcissa and Marcus.